7.8 front row score Despite the plotline veering ever-so-slightly to close to the absurd, this one-act political play makes for an enjoyable outing to the theatre. Zoe Wanamaker is good, but the real star of the show is her Croatian co-star Zrinka Cvitesic. Kudos to the silent ensemble who stay in character throughout, even though performing behind frosted glass for the majority of the play! Anna Fleischle's set is probably the most realistic part of this production and captures a bland corporate hotel conference room well. The Bridge Theatre is a purpose-built modern theatre right by Tower Bridge - the bar is very busy before the show and the sightlines in the auditorium are very good. 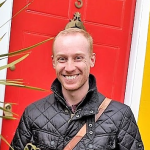