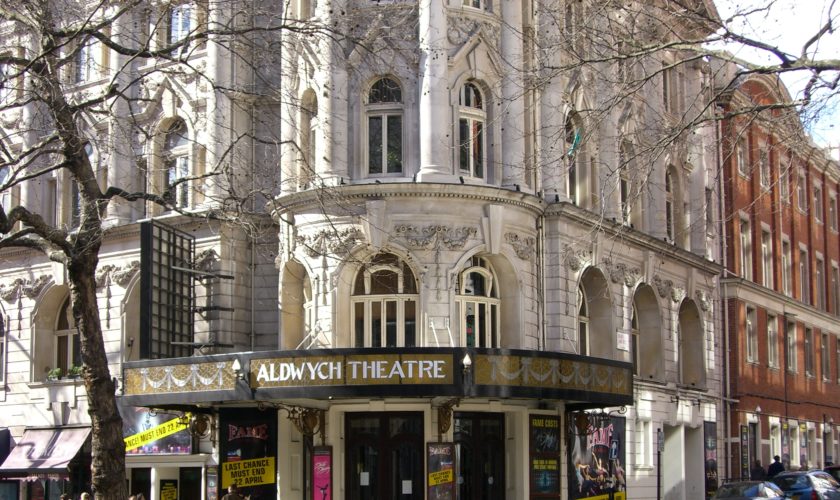 Following a 14-week renovation in 2017, the Aldwych Theatre continues to delight West End audiences in its second century.

The Grade-II listed theatre was built in 1905, to the right-hand of Lord Astor’s Waldorf Hotel, which opened to the public three years later.

The theatre features an identical facade to the Strand Theatre (now the Novello Theatre), which stands on the other side of the Waldorf Hotel, and opened 7 months before.

Nearby Hotels: The Waldorf Hilton, ME Hotel, One Aldwych

In the early years of the Aldwych Theatre, musical comedies took to the stage. These productions often featured the theatre’s manager Seymour Hicks and his wife Ellaline Terriss.

There followed a period that would see the theatre associated so strongly with farce that such comedies were referred to as ‘The Aldwych Farces’.

Following the Second World War, the theatre shifted its focus towards plays, and saw a string of top quality productions, including Vivien Leigh in A Streetcar Named Desire and Peter Sellers in Brouhaha.

December 1960 marked another momentous progression in the theatre’s story. The Royal Shakespeare Company moved in for what would become a 21-year residency. Every well-known British actor trod the Aldwych boards during the time in a varied programme of productions.

Following the departure of the RSC in 1981, the theatre maintained its focus on plays, including the 1993 production of The Importance of Being Earnest, which starred Dame Maggie Smith as Lady Bracknell.

Since 2002, the Aldwych Theatre has joined the West End trend for musical theatre with a series of successful runs.

The first musical to take to the Aldwych stage was Fame! The Musical, which enjoyed a three and a half year run.

Dirty Dancing became the theatre’s longest running production in the late noughties (2006-2011), before a series of short runs including the world premiere of Andrew Lloyd Webber’s Stephen Ward, which opened in December 2013.

Just over a year later, the European premiere of Beautiful: The Carole King Musical won audiences’ hearts and was nominated for eight Olivier Awards in 2015.

From 17th April 2018, audiences have been singing along to the hits of Tina Turner in Tina – The Tina Turner Musical.