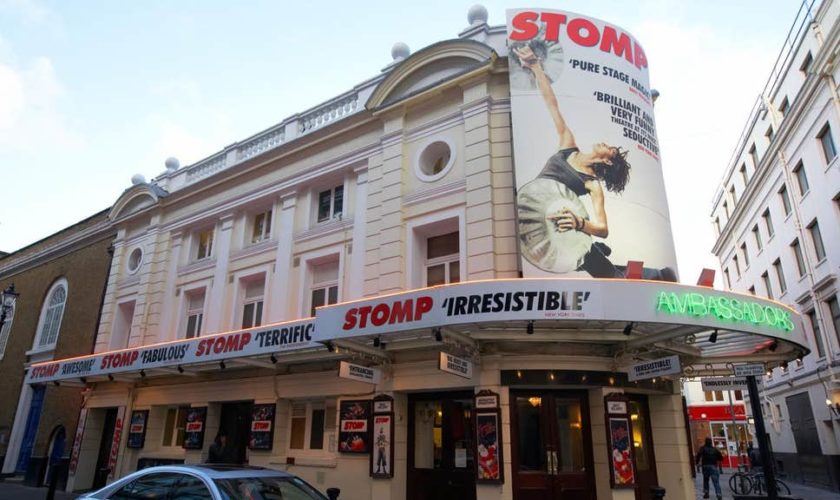 One of the smallest theatres in the West End sits quietly off of Charing Cross Road.

The theatre’s first production – Monckton Hoffe’s Panthea – only survived 15 nights, but this was not to be a sign of the theatre’s future successes.

1924 introduced London audiences to the great Ivor Novello, making his stage debut in Deburau. The inter-war period also saw the Ambassadors Theatre launch the stage career of Vivien Leigh, who made her stage debut aged 22 in The Mask of Virtue.

History was made on West Street in 1952 with the opening of the world’s longest running stage production: Agatha Christie’s who-dunnit The Mousetrap.

The production played at the Ambassadors Theatre for 21 years before moving next door (to the St Martin’s Theatre), benefitting from their larger auditorium.

The late 1990s marked a new period of transformation for the theatre, as it was carved into two separate studio making space for a Royal Court Theatre residency (1996-1999).

The new millenium saw the theatre returned to its original design, and renamed the New Ambassadors Theatre for just short of a decade.

The New Ambassadors Theatre – as it was – hosted several plays and comedies, making use of the venue’s intimacy.

More recently the theatre has seen an increase of musical theatre productions, including the Menier Chocolate Factory’s revival of Little Shop of Horrors and the decade-long run of Stomp (2007-2018).

Since the departure of Stomp, the theatre has played host to a series of short-run productions, including the London premiere of Jake Brunger and Pippa Cleary’s The Secret Diary of Adrian Mole – The Musical (2019).