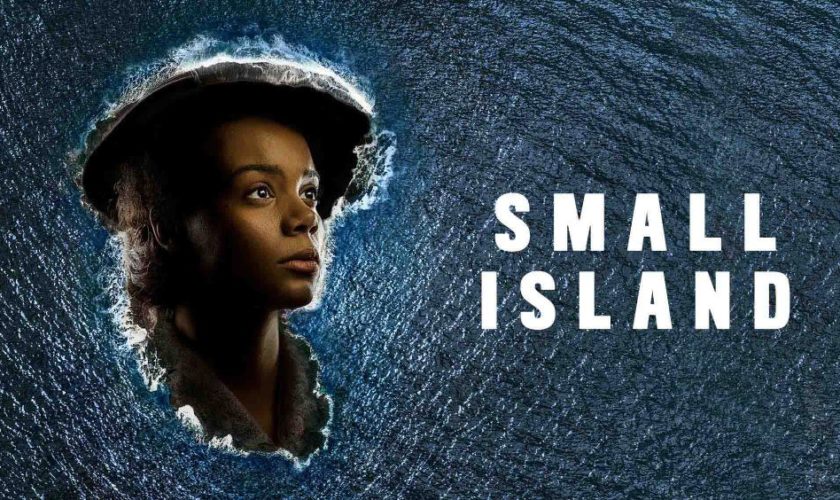 This powerful stage production of Andrea Levy‘s Windrush-inspired novel opened at the Olivier Theatre (National Theatre) in London, on the 1 May 2019 – two and a half months after the lady who originally penned the story passed away.

Andrea Levy’s epic novel, which won the Orange Prize for literature, tells the shared story of Britons in Britain and the Caribbean through the Second World War to 1948 – the same year that the HMT Empire Windrush docked at Tilbury.

Adapted for stage by Helen Edmundson and directed by Rufus Norris, Small Island features a huge cast of 40, who manage to control the vast Oliver stage – allowing for moments of bleak emptiness amidst chaotic scenes of frenzied crowd activity.

The story movingly presents Britain as an all-too-comfortable home of deep-seated racial discrimination whilst simultaneously offering a more hopeful view of a movement towards racial integration.

Hortense (Leah Harvey) yearns for a new life away from rural Jamaica, where she’s been raised by her strictly God-fearing Aunt and Uncle. Her cousin Michael (CJ Beckford) rejects his parents’ orthodox ways, and signs up to join the RAF in World War II.

The set, designed by Katrina Lindsay, makes good use of the wide angles in the Olivier Theatre. A wide upstage-centre entrance is strikingly reminiscent of an aircraft hangar, opening and closing its doors to Spitfires through the War. A clever use of understage lifts, built into a large revolve, adds a further touch of style to Rufus Norris’ expertly choreographed scene changes.

Projecting onto a wide, curving back-wall, Lindsay’s set can be likened to Rae Smith’s minimalist design for War Horse (which galloped from this same stage more than a decade ago).

Her use of projection was subtle and useful in maintaining a sense of location in a play which jumps between Jamaica and England throughout.

A story of togetherness and dividedness. This is an important story for understanding the personal impact of the former British Empire on its subjects so many thousands of miles apart.

Small Island opened at the Olivier Theatre (National Theatre) in London on 1 May 2019 and closed on 10 August 2019.